1.Tina Divjak – Head of Advocacy in the Centre for Information Service, Cooperation and Development of NGOs (CNVOS) from Slovenia and Chair of the Board of the Balkan Civil Society Development Network (BCSDN); 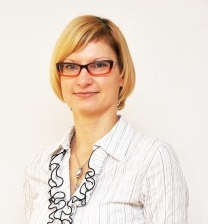 Tina Divjak is currently the head of advocacy at the Center for Information Service, Co-operation and Development of NGOs (CNVOS) in Slovenia. She holds a law degree from the University of Ljubljana in Slovenia and has passed the national bar exam. Mrs Divjak has been working on various issues related to NGO development in Slovenia since 2003. She started at the Legal Informational Centre for NGOs in Slovenia with comparative analysis and the drafting of reports related to NGO legislation, public benefit status, and cooperation between NGOs and the Government. In this position, Mrs Divjak also contributed to various legal initiatives and the development of an environmental NGO public participation program. Continuing at CNVOS as a senior legal advisor she authored or participated in the drafting of several laws, including the Law on Voluntarism, Law on Associations, Law on Foundations, and the Law on Social Entrepreneurship. Her advocacy activities in relation to legislation also cover lobbying and NGO coalition building. Currently, Mrs Divjak is also focused on involvement of NGOs in the programming and implementation of the European social funds 2014 – 2020 and is also the president of the Slovenian Government’s Council for development of NGOs. 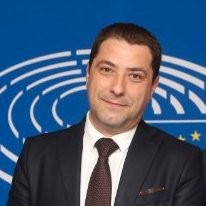 German Filkov is an analyst and researcher in anticorruption and institutional transparency and has trained more than 250 journalists in investigative journalism and corruption reporting.  He spent 12 years as a TV business journalist and news editor where he reported daily on important socio-economic changes in Macedonia for the highest rated TV station in the country.  He now uses his wealth of experience in media for civil society work.  Filkov has conducted extensive research that addresses measures to be taken by central and local governments to reduce corruption. He also regularly participates in designing anti-corruption initiatives and strategies.  Due to his expertise, Filkov has been invited to a number of regional and international workshops and conferences, to train leaders and organizations in good governance, anti-corruption methodology, and journalism.  In 2002-2003, he held the Hubert Humphrey Fellowship as a visiting scholar at the Missouri School of Journalism.  In 2005, he co-founded the Center for Civil Communications, one of the leading anticorruption NGOs in the country.

3. Ruslan Stefanov – Director of Economic Programs in the Centre for the Study of Democracy (Bulgaria) and member of the Southeast European Leadership for Development and Integrity (SELDI) 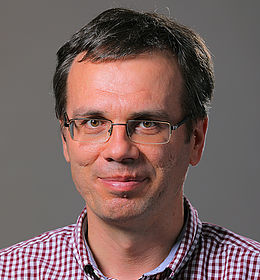 Ruslan has 20 years of experience in managing and delivering high quality projects in civil society, research and consulting on anticorruption, informal economy, energy, and innovation in Europe.

Ruslan is co-director and co-author of the Kremlin Playbook a joint project of the Center for the Study of Democracy and the Center for Strategic and International Studies on Russia’s economic footprint and influence in Europe. He is the knowledge and development coordinator of the Southeast European Leadership for Development and Integrity (SELDI.net), the largest regional civil society anticorruption network in the Western Balkans, Turkey, and the Eastern Neighborhood. Ruslan is an advisor on increasing knowledge for the European Platform Tackling Undeclared Work. He is the editor of Innovation.bg, the foremost monitoring and assessment tool of research and innovation policy in Bulgaria and is an expert on smart specialization for the Joint Research Centre of the European Commission.

Ruslan is a member of the Free Enterprise and Democracy Network and the Development Institute of the Center for International Private Enterprise, Washington, D.C., of the Advisory Board of the Cluster for Research on the Informal Sector and Policy at the University of Sheffield Management School, and of the International Association for Energy Economics.

Alexandrina’s principal missions are to ensure the coordination of statutory activities and to implement the work plan adopted by the Board of directors and approved by the general assembly. She is also in charge of the network’s communication and the follow-up of institutional relations.