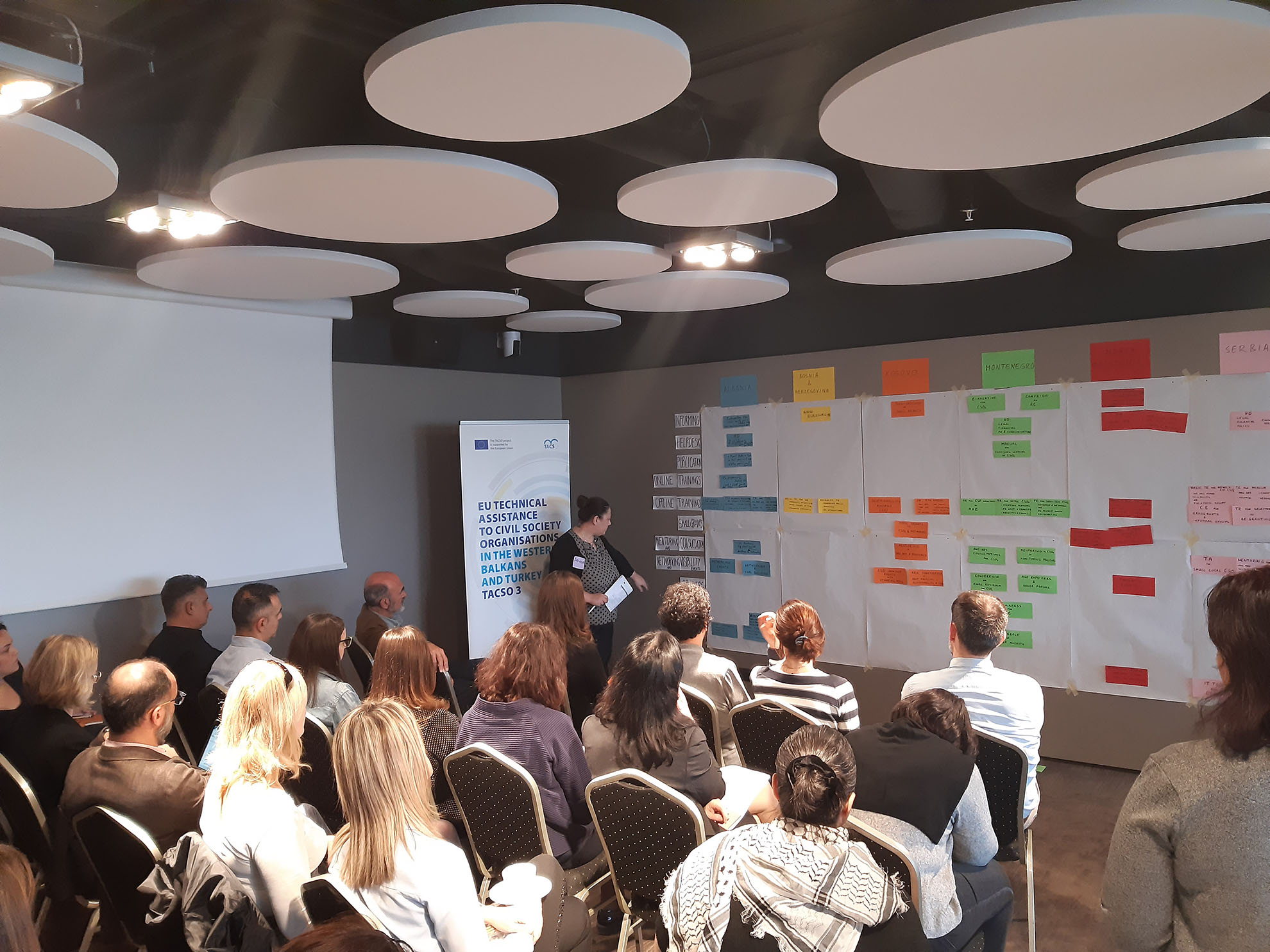 Based on the expression of needs by NRCs, EU TACSO 3 project organized a meeting of EU-funded National Resources Centers (NRCs) for civil society in 7 IPA Beneficiary countries (Western Balkans and Turkey), which took place on 5 and 6 November, 2019 in Podgorica. The meeting was attended by 24 representatives of NRCs, several representatives of EU Delegations (EUDs), DG NEAR and EU TACSO 3 project. A representative of ReLOaD project also joined the meeting to discuss possible cooperation with NRCs. The main objectives of the meeting were to exchange the work between NRCs, present the mandate of EU TACSO 3 and clarify its role and coordinate, create synergies. The main topics discussed were EU TACSO 3 and NRCs capacity building portfolio and needs, establishment and coordination of Civil Society Facility (CSF) database, helpdesk, on-line tools and communication. EU Civil Society Guidelines monitoring and review, People to People programme (P2P), introduction of EU TACSO 3 Country Coordinators (CC) and coordination and communication between EU TACSO 3 and NRCs (establishment of Regional Advisory Group (RAG). It was agreed that such exchange meetigngs are useful for peer-to-peer exchange between the NRCs as well as to coordinate the work with EU TACSO 3 project and shoudl continue in the future.