The Coalition Against Gender-based Discrimination in the Labour Force in Kosovo* supported workers report violations of their rights, during the COVID-19 pandemic. At a time when employees in different sectors of the labour force are struggling, it is essential to inform them about their rights and assistance access when violations of labour rights take place.

“We have heard reports that women contracts have been terminated illegally, that women in key sectors have been working extended overtime without compensation, or were asked to work without adequate protective measures such as gloves, masks and sanitisers,” a Coalition representative said. “We wanted to ensure that people knew their rights and had access to free assistance when such rights were violated.”

This Coalition, made up of various civil society organisations from Western Balkan countries, launched an online campaign to inform workers of violations of working conditions that may arise during the pandemic. The campaign also aims to provide access to free legal assistance to all workers wishing to report cases of gender discrimination and rights violations of women workers.

Recently, a woman who used their service to report a violation said, “I am very pleased for the possibility to be consulted and represented free of charge during this pandemic, as I can’t afford to pay my own lawyer.”

The campaign spread across social networks, encouraging employees to disclose cases of gender discrimination and to receive free legal aid.

The regional Coalition that is running the campaign is aimed at fighting against discrimination and strengthen women’s labour rights. It consists of six partner organisations from the Western Balkans: the Kosovo Women’s Network from Kosovo, Reactor – Research in Action from North Macedonia, Gender Alliance for Development Centre from Albania, Helsinki Citizens’ Assembly Banja Luka from Bosnia and Herzegovina, Women’s Rights Centre from Montenegro and the Kvinna till Kvinna Foundation from Sweden through its Serbian office.

An additional 12 organisations are also engaged in awareness-raising, monitoring and offering legal aid. The work of the Coalition is supported within “Empowering CSOs in Combatting Discrimination and Furthering Women’s Labour Rights” with the assistance of the European Union with co-funding from Swedish Development Cooperation. 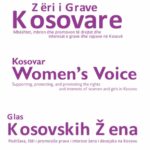 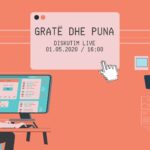 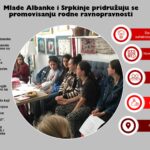 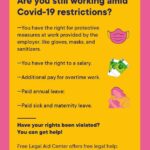 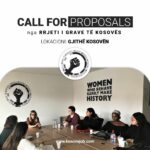