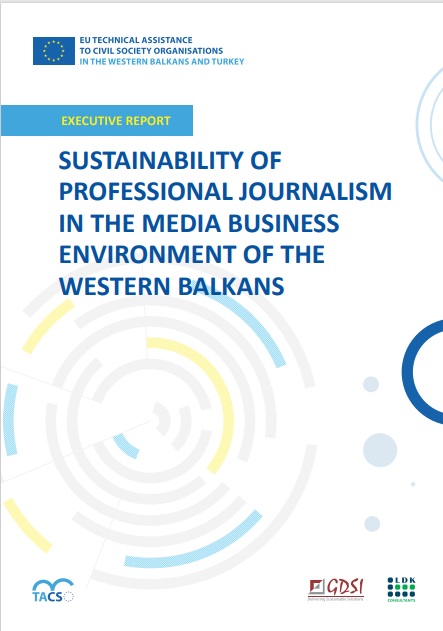 The Executive Report provides a summary of the findings of research on the economic situation, needs and prospects of independent media outlets in the Western Balkans (Albania, Bosnia and Herzegovina, Kosovo*, Montenegro, North Macedonia and Serbia), which was conducted between June and November 2019. The study revolves around an analysis of the structural conditions aﬀecting media ownership, the commercial operating environment and the available sources of funding as well as media consumption habits and audience demand. The study is accompanied by six National Data Overviews, which give a detailed information on the state in each of the analysed countries.

The research was conducted by a research team based in the Western Balkans and working under the auspices of EU TACSO 3.

The Executive Report is available here.