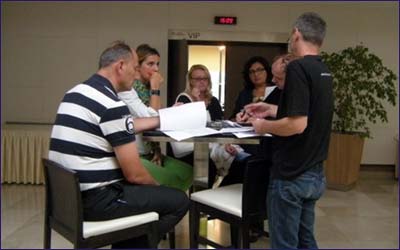 Initiative Citizens for Europe – strenghtening the civil dialogue in EU integration process and strengthening the network of organizations of civil society. | The Network Citizens for Europe is a unique initiative of non-governmental organizations in Bosnia and Herzegovina, which in previous period organised three workshops with the support of the TACSO office in BIH.

﻿Initiative Network Citizens for Europe with support of TACSO BIH organised two thematical and one multisectoral workshops. The first workshop „Network Communication“ was held on 18 July 2014 in Sarajevo. Thirteen members of the network participated in the workshop.

During this workshop, organisations had the opportunity to briefly present their key activities, to work on improvement of communication among the network members and to define proposals of internal and external communication within the working groups. Second workshop „Strategic and operational positioning“ was held on 2 September 2014 In Teslic.

Workshop determined strategic orientations and action plans for each of the three sectors which are in the focus of the Initiative. The third workshop „The progress of Bosnia and Herzegovina to the European Union – Identification of areas for sectoral cooperation between governmental institutions, NGOs and other stakeholders“ was held on 11 December 2014, as a final network activity.

This workshop gathered representatives of government institutions and public enterprises, agencies and services, that took part in planning of the activities together with the members of the Citizens for Europe and identified the key, joint steps in the process of European integration.

More info about results of the each workshop you can find in final report. (B/H/S version)