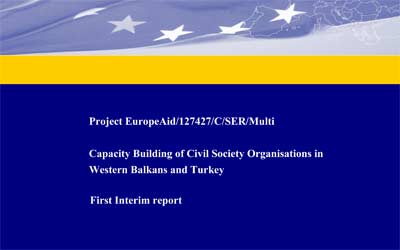 This report gives an account of the project activities conducted during the period from mid-August 2009 to the end of February 2010.

Project implementation started in mid-August 2009. National-level activities are coordinated by a so called TA Desk in each beneficiary country (two offices in Turkey). Local Advisory Groups (LAGs) consisting of stakeholder representatives assist in setting priorities and elaborating work plans within the context of the overall project ToR. At the regional level, project activities are supported by and coordinated from an office in Sarajevo.