Early on in 2019, the Women Association of the Kolubara District from Serbia, launched the “Economic Empowerment of Women in Agriculture” project.

The COVID-19 pandemic raised a number of concerns that needed immediate attention, such as:

-Reduced prices of dairy products by 30%, while sales increased by more than 100%;
-Lack of outstanding livestock sales;
-Cultivation issues of young vegetables and fruit that could not ‘hold’ long until sold;
-Closed markets and suspended public transport

In order to provide the needed support, the project platform changed its purpose from connecting women farmers to directly selling farm products they produce. “The Association is now a platform for the sale of domestic products by women farmers in the district of Kolubara.  They started selling their products as an on-line platform offers secure deliveries and direct purchases. On the platform, buyers can see the farm producers they buy from”, explains Ruzic. Selling through this marketplace helps women to continue working in agribusiness and enables their families to earn money.

The Association wrote an open letter to the Minister of Agriculture and Forestry and the President of Serbia, asking for support in assessing the damage caused by the pandemic and providing funds to help agriculture as well as other areas of the economy that has suffered serious losses in Serbia.  The letter received support from UN Women in Serbia and high visibility on social media. As a reaction, the Ministry of Agriculture established its own support platform.

“Economic Empowerment of Women in Agriculture”, is part of the project “Key Steps towards Gender Equality in Serbia,” funded by the European Union and supported by UN Women. 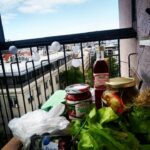 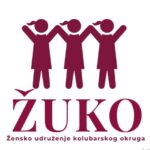 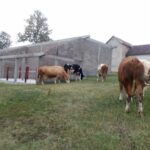 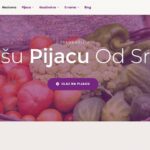 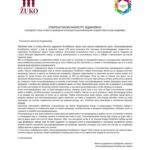 #Serbia
13.07.2020 DUGA Association Delivers 178 Packages of Food and other Supplies to Vulnerable Communities in Sabac, Serbia