Breakthroughs, but Much to be Done to Ensure Institutional and Legal Structure on Gender Equality – Experts from Kosovo* and Serbia discuss Gender and European Integrations 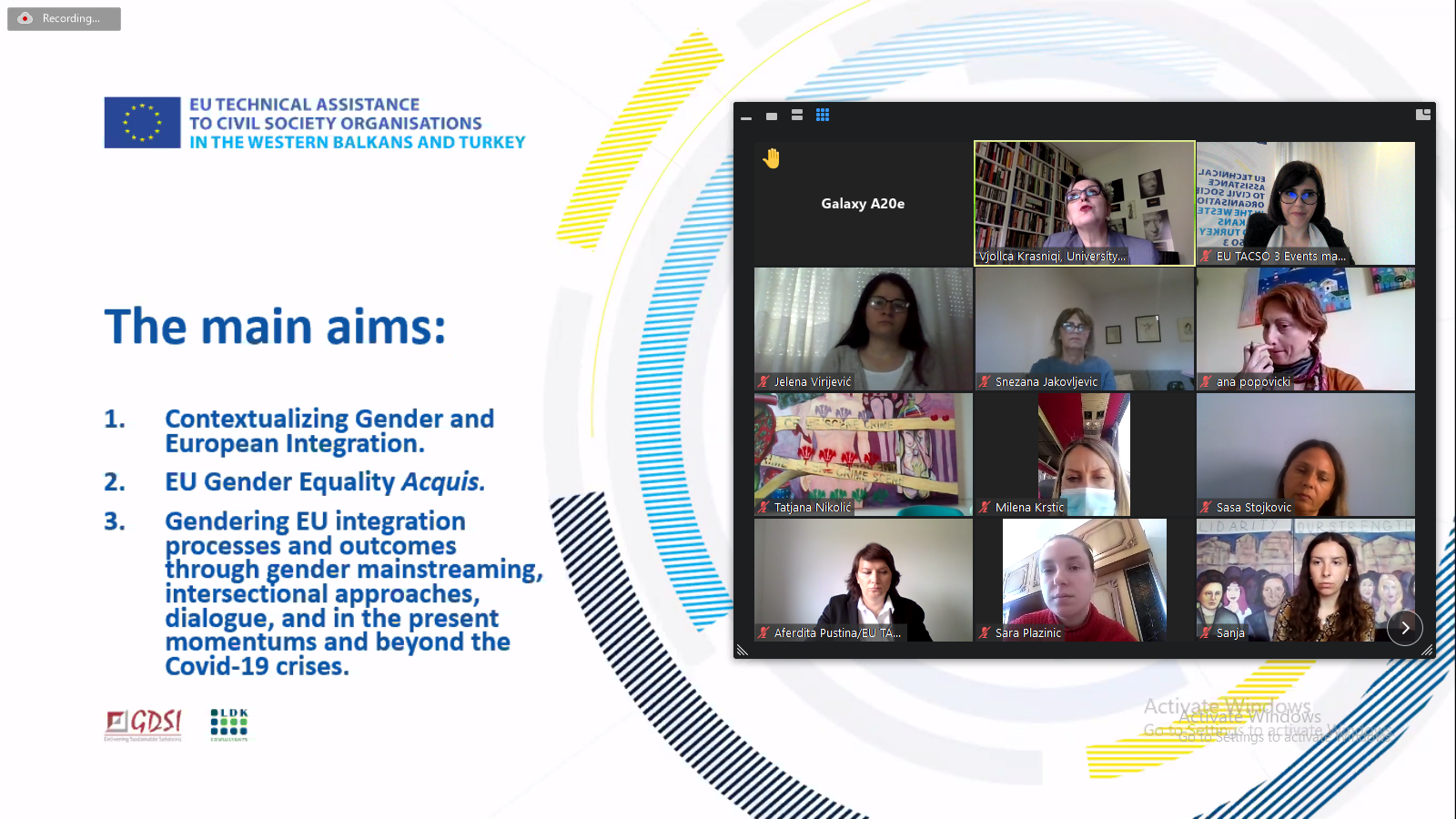 On 3th of June 2021, under its P2P programme (On-demand), EU TACSO 3 supported an online event on “Gender and European integrations: Approaches and Practices from Kosovo and Serbia”. More than 50 participants gathered to learn about the current situation of Gender and European Integrations in the Western Balkans with a specific focus on women’s movements from Kosovo and Serbia who continue to advocate for gender inclusion in the European Integration related policies. The activity was implemented by Centre for Research and Gender Policy from Kosovo (CRPG) and its partner organization Centre for Girls (Centar za Devojke) from Serbia.

In the first session, the focus was on the gender perspective of the larger EU integration frames and approaches in Kosovo and Serbia. During the session, Vjollca Krasniqi, Gender Expert from Kosovo, highlighted the need to increase access to resources and capacity building of gender equality mechanisms to further address EU gender acquis. Additionally, Zorana Antonijevic, Gender Expert from Serbia, exposed the need for “gender translation of the Europeanisation language” in gender terms and especially linking it with the impact on the everyday life of ordinary citizens in Kosovo and Serbia.

The second session was focused on women’s political civic engagement and European integrations. During this session, experiences were shared by members of the Parliament of Kosovo as well as by CSO Peščanik from Serbia that focused on violence against women.

During the third and final session on gendering the EU Agenda, it was discussed that while there have been breakthroughs related to gender mainstreaming such as the creation of gender equality mechanisms and the adoption of gender and anti-discrimination legislation, there is much to be done to ensure a solid institutional and legal structure on gender equality at the national level.

In conclusion, the event confirmed the importance of gender as a category of public policy, institutional practices, and civic engagement. Moreover, the event reinforced the need for sustained support to women’s activism on gender equality and social justice issues.