Zenica is a former industrial city in the very centre of Bosnia and Herzegovina (BiH), with a rich cultural tradition. The Charter of Kulina Ban was written in 1189 in Zenica and is the oldest Bosnian document. The Charter is not only the oldest preserved Bosnian state document, but also the Charter of the Bosnian Ban is the oldest state document among all South Slavic peoples and states. From the first aspect, it can be said that Kulin’s charter signed in Zenica is the “birth certificate” of Bosnian statehood.

The Zora (‘Sunrise’) association for social, cultural and creative development was created to capitalise on the historic, industrial and creative threads running through the city’s history.

“We are part of the team of different professionals and organizations that are involved in organisation of cultural events and festivals such as Garden of dreams festival, Sarajevo matinee festival and Lunar festival.  We believe that culture and arts can bring together people and bring together different social groups by engaging everyone in various creative and artistic activities. We are also part of local, regional and international networks of organisations and professionals that tackle the issues of labour rights, living wage, workplace abuse and supply chain responsibility” says Armin Šestić, the founder of Zora.

Over 7,000 children and young people have participated in Zora’s programmes, especially its careers fairs in high schools. Zora is also an organiser of cultural events such as the Lunar Festival, the Garden of Dreams Festival and the Sarajevo Matinee of Cultural Events, at which over 15,000 young people have taken part. Young, unestablished artists on the electronic music scene have had an opportunity to perform at Zora’s events and festivals.

The driving force behind Zora is a belief in the need to support all young people to achieve their full potential. Alongside artistic and creative initiatives, Zora’s work in primary and secondary schools offers career orientation advice and counselling. Realizing that the working conditions in BiH are far from the conditions of the so-called decent work, there was a natural progression towards campaigning for workers’ rights. It is estimated that around a quarter of the BiH population has left since 1990, either because of the war, or because of emigration driven by poor prospects. Zora sees that workers’ rights and providing opportunities for young people to achieve their dreams within the city but also on a wider scale in all BiH is essential to reverse the brain drain and ensure the future prosperity of the country.

“We generally consider the EU TACSO project to be a valuable and necessary tool for civil society organizations in BiH and the region, so we gladly accepted the invitation to participate at the conference “Cooperation of trade unions and CSOs in BiH”. This inspired us, since the topic of the conference became our primary focus of work and interest.”

This year Zora will campaign for better wages for the BiH textile and clothing workers. The campaign, called “Pay Your Workers”, falls under the umbrella of the Clean Clothes Campaign, a global alliance of unions and civil society organisations. They aim to increase the responsibility of big-name brands for the pay and working conditions in factories that make their products. Zora argues that a living wage is a basic human right so that it covers not only the basic costs of food, but also additional necessary costs such as school books and cultural experiences such as going to the cinema. The goal of a living wage is to allow a worker to afford a basic but decent standard of living through employment without government subsidies. 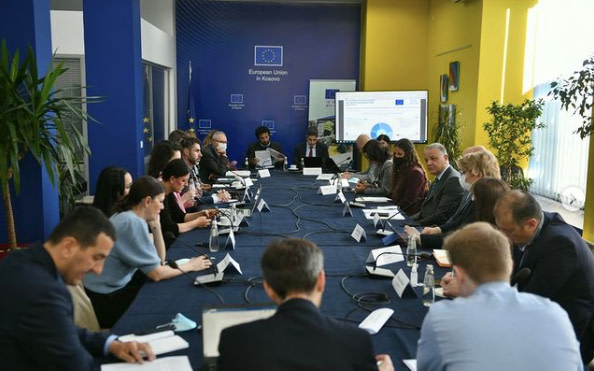