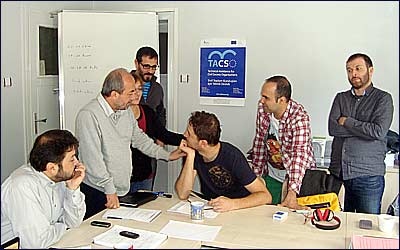 The group discussed articles of the draft relating to the status and protection of the asylum seekers.

Turkey has been lacking a functioning asylum system and relevant legislation. The Ministry of Interior has prepared a draft asylum law in an effort to define Turkey’s asylum system in line with the European Union policies. This draft law is on the agenda of the Ministry, and it is expected that the final draft will be submitted to the Parliament after being reviewed by the Prime Ministry.