Responding to Media Needs, Reporting on Journalists’ Rights and Supporting Their Sustainability – The Story of Media for Democracy Project in Ankara, Turkey

The Association of Journalists in Ankara, is a civil society organisation (CSO) implementing the project Media for Democracy, (M4D). The project promotes the sustainability of journalism in Turkey.

The project began in January 2019 and is financed by the European Union (EU). It aims to strengthen media pluralism and freedom of press, as a means of safeguarding democracy in Turkey. The main target groups are freelance journalists, media CSOs and outlets. The M4D project supports these actors by carrying out capacity-building activities and providing operational financial support for tailored mechanisms. The M4D project responds to media workers long-term needs such as creating and sustaining news platforms, providing equipment and services required to produce original journalistic content and facilitating common solidarity and experience-sharing platforms. The project also operates as a media monitor, by producing quarterly and annual Media Monitoring Reports.

During the COVID-19 pandemic, the project produced a number of Media Monitoring Reports. The M4D monitored and revealed cases of violations of journalists’ rights, including undemocratic legal actions against journalists, unlawful imprisonment and no possibility of parole for more than 90 journalists. Through online meetings, they advocated for freedom of press, by presenting these reports to members of parliament from different political parties and media organisations.

In view of the pandemic, all weekly meetings for journalists and monthly capacity development workshops were organised online. During March and April 2020, M4D covered various topics in the Turkish media landscape; organised two interactive experience-sharing meetings with well-known journalists in the field; held two workshops on “Data Journalism” and “Digital Security for Journalists” with recordings available on the project’s YouTube channel.

Yıldız Yazıcıoğlu from Voice of America Turkey stated: “The conditions of journalists in the field during the pandemic were as complicated as those of doctors. The Association of Journalists has made it possible for journalists to have a unique space during this period and inform them about their own rights.”

The project will continue to support the journalists using online communication in the coming months until the end of #StayHome call. M4D is present through social media with its reports, activities, tools etc. With the support of the EU, the project remains in continuous contact with freelance journalists and media CSOs in Turkey. 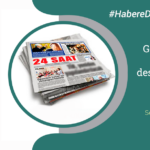 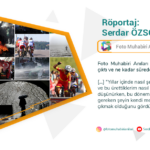 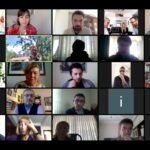 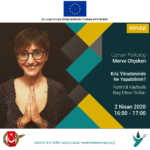 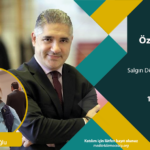 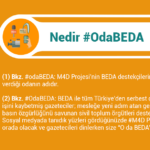 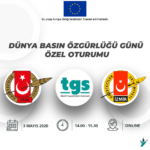 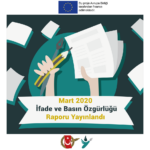