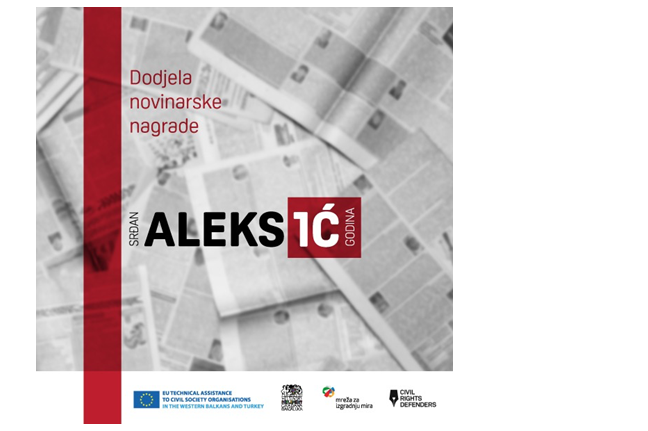 The 10th jubilee award ceremony of the “Srdjan Aleksic” journalism awards was organised on 21 May with the support of the EU TACSO 3 project. The “Srdjan Aleksic” award is given to journalists from Bosnia and Herzegovina who professionally and continuously report on various marginalized and vulnerable groups in our society and who contribute to the development of socially responsible journalism.

In category I, in which journalists are nominated by civil society organizations, the first prize went to Minela Jashar Opardija from H1 television. According to the explanation of the jury, Minela Jašar Opardija, who was nominated by the Cure Foundation, approached the topics excellently, tried to listen to several stakeholders and tell stories in a very high-quality way.