Foundation 17 is a non-governmental organisation from Kosovo founded by two activists Nita Zeqiri and Ajete Kerqeli. Their cooperation began as a collaboration for creating visual art that explores psychological and social perspectives through experimental video art. They had ideas and motivation in abundance, but these were not enough to realise their ambitions. They needed more collaborators, funds and, most importantly, working and exhibition space. They were aware that they were not the only facing these limitations, so they started an initiative that would help themselves and the wider Kosovo cultural scene. As beginners, it was difficult to get funds from donors. So they decided to rent and refurbish a space with the funds from their own savings and launched what they called a project space. A space which is open also to other young artists and organisations. 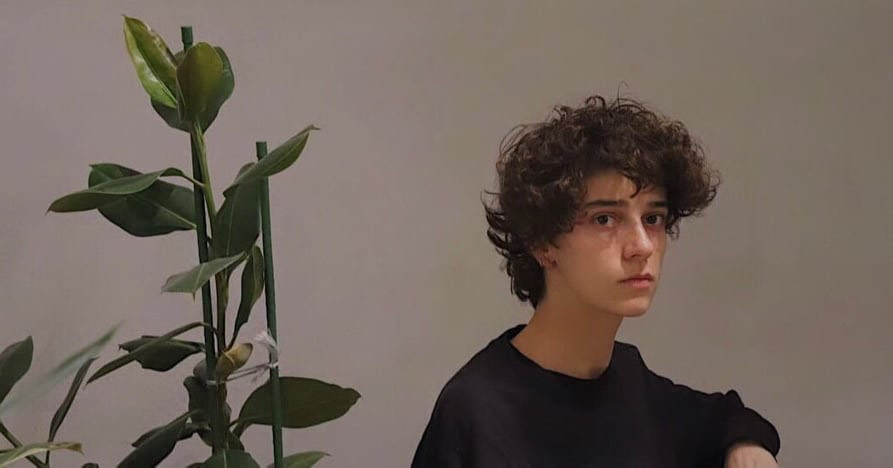 Liri Hashani joined the “Foundation 17” three months after the launch, initially as a project space assistant, later promoted to social media and outreach coordinator. She explains that the organisation was built on the personal experience of the founders and the need to restore the function of alternative public spaces. They believe that art and culture are means that can be used to initiate conversations and change on important social subjects.

As Liri summarise it, “Foundation 17 seeks to foster positive change in society through empowering communities by means of cultural activism.”

Since their launch in 2018, the organisation has brought together new ideas from people of different backgrounds and professions, by uniting art, social issues and engaging young people in different forms.

One of their programmes, Metamorphosis, revives and revitalises abandoned buildings – sometimes only for a single day. The programme aims to bring arts and culture into the public dialogue, demonstrating the importance of utilising public space. The goal is to document the collective memory of a past that is rarely talked about and to utilise public space for the benefit of the community. So far, they have intervened in four abandoned spaces where they had direct artistic interventions, and produced publications that present and analyse the connection between buildings, monuments and public awareness.

Through another programme, Galeria 17,  the collective rented an old car repair shop, and transformed it into a permanent art exhibition space. With a distinct focus on social issues, artists and curators experiment with concepts, ideas and space in Galeria 17. Galeria 17 was renovated through a crowd-funding campaign with the support of the artists and community.

“The EU TACSO 3 support was very helpful, because at enabled me to improve my skills but also enabled me to see another perspective on how the social media should be managed. “ – Liri Hashani, social media and outreach coordinator, Foundation 17

Foundation 17 was supported by international donors for some of their projects, and for upgrading their management and administration capacities. The EU TACSO 3 project was one project that provided targeted support. Liri explains that there was a feeling in the organisation that they need to upgrade their social media strategy. , For Liri, it was her first job doing social media management. Liri took part in an EU TACSO 3 training on “Storytelling and Effective Communication for CSOs”; this was followed up with one-to-one coaching for a period of time. “The EU TACSO 3 support was very helpful, because at enabled me to improve my skills but also enabled me to see another perspective on how the social media should be managed, “says Liri.

“What we valued the most was the direct mentorship by EU TACSO 3 team, tailor made to the needs of the organization. Foundation 17 received information on the newest trends in social media communication for NGOs, examples from other similar organisations and practical tips. The learning made us think the right way of how to provide better meaning and how to tell our story with simple words and appealing content. It became much easier and practical to put storytelling techniques into how we express ourselves through social media.” – says Liri.

The mentorship through practical tips helped me put storytelling techniques into how to express through social media. Foundation 17 continuously invests efforts in communication and outreach, in order to engage and mobilize more people around our programs.”

Moreover, she adds: “The mentorship helped Foundation 17 continuously invests efforts in communication and outreach, in order to engage and mobilize more people around our programs. 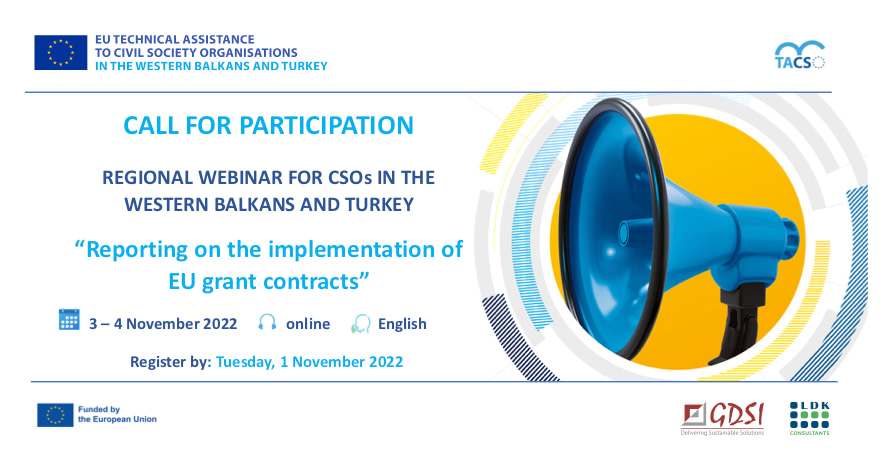 Call for Participation: Regional On-line Webinar for CSOs in the Western Balkans and Turkey: “Reporting on the Implementation of EU Grant Contracts”