Live and Kicking: Mapping and Needs Assessment of the Regional Networks and Regional Projects Funded within Civil Society Facility in the Western Balkans and Turkey (WBT) 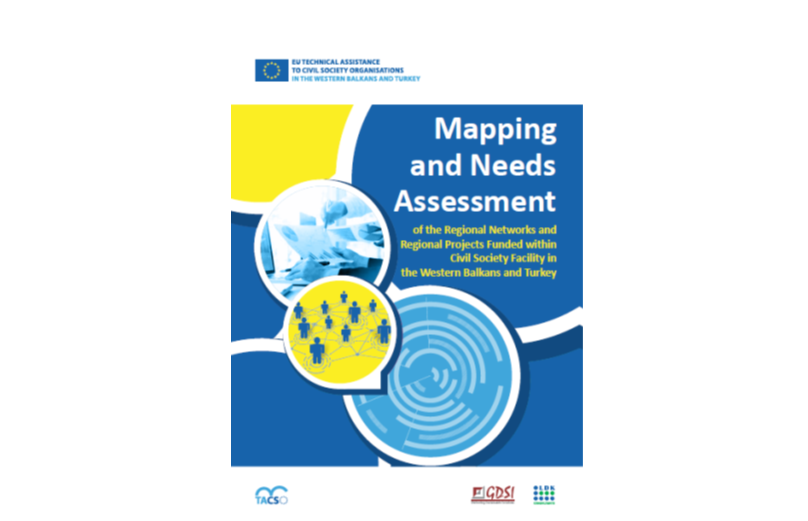 EU TACSO 3 is pleased to announce the electronic publication Mapping and Needs Assessment of the Regional Networks and Regional Projects Funded within Civil Society Facility in the Western Balkans and Turkey (WBT). During last year, thorough research was conducted resulting in this 132-page publication that provides a comprehensive picture of the state of play, capacities and needs assessment of civil society networks operating in WBT region.

The research was focused on two main aspects of networking: 1) mapping of CSO networking, i.e., regional networks and regional Civil Society Facility (EU-CSF) projects; 2) assessment of networks’ actual capacities and their capacity building needs and those of CSOs’ for networking, including specific issues such as EU accession and gender equality.

Desk research and surveys have helped identify 119 networks, platforms, and coalitions established within the WBT region. Out of 119 networks, 53 operate in the Western Balkans, 28 in South East Europe, 17 in Western Balkans and Turkey, 17 cover a bigger geographic area (Europe) and four are global networks.

With regards to the area of work, most of these 119 networks are active in the field of promotion and protection of human rights, followed by environment, socio-economic development, democratisation, rule of law and civil society development. The most common role of CSO networks is to implement joint projects and programmes, followed by the implementation of joint advocacy activities. In terms of networks’ capacities, the general conclusion is that they are soundly developed, but still dependent on external financial support. Furthermore, high fluctuation within civil society requires continuous support to capacity building and development of networks, such as it is the case with individual CSOs.

The assessment of the capacities and capacity building needs was based on a questionnaire filled-in by 53 networks and networks’ members representing 31 networks. Additionally, 12 interviews were conducted. The total sample utilised for capacity building assessment and needs included 35 regional networks, which is 29% of all 119 identified networks in the region.

The assessment found that the EU support disbursed through the regional EU-CSF projects plays an important role in the establishment and operation of CSO networks. Between 2012 and 2020, a total of 71 regional projects (grants) were supported by the Civil Society Facility and Media Programme (EU-CSF) with focus on networking in certain thematic areas in 5 separate calls. The total number of organisations covered by these 71 grants is 378, most of them from Serbia (78), followed by Bosnia and Herzegovina (55), North Macedonia (45), Montenegro (43), Albania (41), Kosovo* (35); Turkey and Croatia each with 16 organisations, respectively. Other organizations come from other countries in the region or other parts of Europe.

The fact that EU-CSF significantly contributes to the support of networks in the region is evidenced by the fact that 14 of the unregistered networks were initiated after 2012 when the EU-CSF’s support for the regional networks officially began.

When it comes to the needs the research finds that the greatest necessity for strengthening the capacity of networks is closely related to their financial sustainability. More precisely, strengthening their fundraising capacities and strategic long-term organisational planning are the two needs that stand out from the rest.

In terms of methods of support, networks need training, followed by networking with other organisations and networks, and mentoring. The need to increase specific expertise is also of significant importance to networks. Most of them want to gain knowledge in the area of socio-economic development, digitalization, rule of law education and health.

Power Point Presentation of the Research